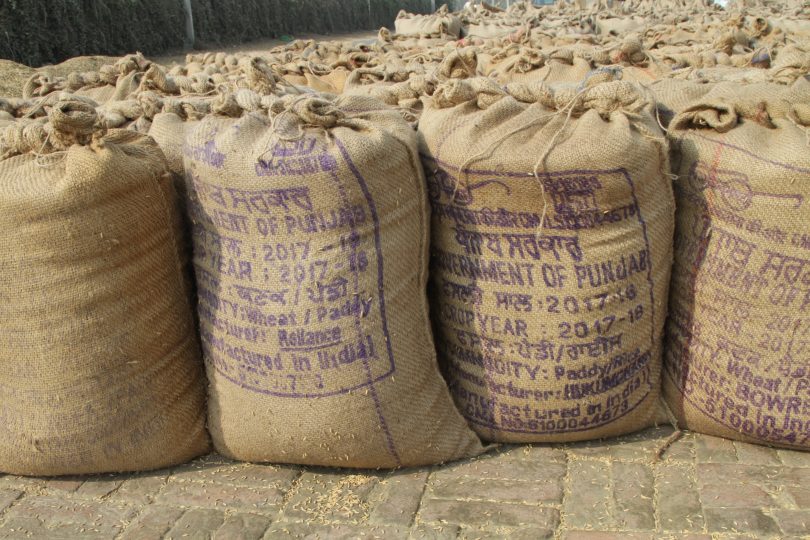 In an article in the Indian Express, the economist Ashok Gulati and his colleague, Sandip Das, at ICRIER, a research organization, show that the revised food subsidy estimates for this year and the budget estimates for next year are understated. Since the prices at which wheat and rice are supplied to ration card holders remain Rs 2 and Rs 3 a kg respectively,  the coverage of rationed grain continues to be 67 percent of the population and the Food Corporation of India is committed to procuring at minimum support prices all the wheat and rice that is offered to it, a reduction in the food subsidy bill is not possible.

The borrowings of the Food Corporation of India give the game away, the authors say. If one accounts for that, the food subsidy for this year will be Rs 357,688 cr. This is 47 percent of the fiscal deficit (Rs 766,846 cr) for this year.

Gulati and Das say that FCI will have to procure rice at Rs 37 a kg next year. Its cost of wheat will be Rs 27 a kg.  The wheat harvest this year is expected to be good at 113 million tonnes. The policy of paying the farmers 50 percent plus their paid-out costs as support prices have raised domestic wheat prices above global prices. If FCI is not given an export subsidy (which will fall foul of World Trade Organization rules) its wheat stocks will mount. The current stock is 3.5 times more than the buffer stock norm of 21.4 million tonnes.

The budget estimates for 2020-21 also show a reduction in fertiliser subsidy. But urea prices have not been raised. The government’s dues to the fertilizer industry as of April 2020 are expected to be Rs 60,000 cr. This will affect the fertiliser companies. Few private sector companies want to invest in the sector.

Without fertilizer and food subsidy reforms, the government is only postponing the crisis, the authors warn.