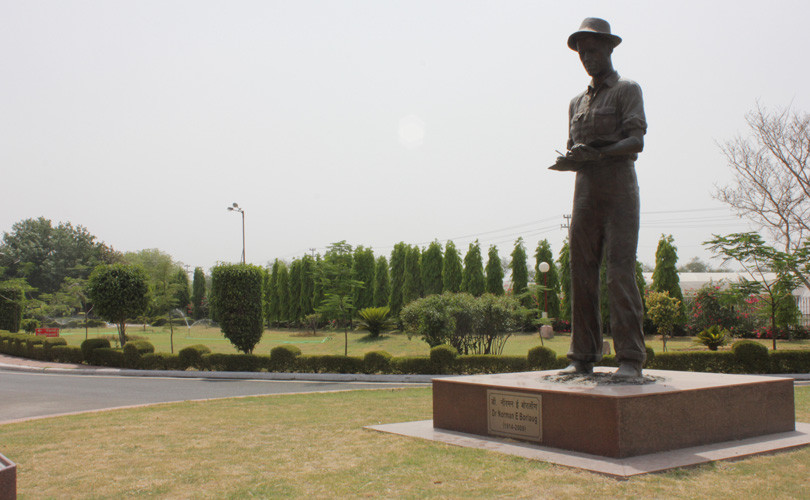 It is not easy obtaining no objection certificates from states for conducting field trials of genetically-modified crops, says Sharad Pawar in a July 28 letter to the Prime Minister. The granting of NoCs has become a political act rather than an objective science-based evaluation process, says the Rajya Sabha member and former agriculture minister. The letter has been reproduced verbatim, with a few corrections for grammar.

Biotechnology is emerging as a potential tool in breeding and improving crops worldwide. As much as 180 million hectares of arable land is planted with biotech improved crops annually. India has reaped enormous benefits of planting insect-resistant Bt cotton for last 14 years. International trade in food grain, edible oils and animal feed is getting dominated by products of biotech crops. More than 70 percent global trade in grains, edible oils and feed constitute the produce of biotechnology. India remains an insignificant player in agriculture and food trade globally. The cost of per unit production of crops is highest in India as much as in some cases it is higher even after imposing WTO permissible import duties on imported produce such as sugar.

The deployment of biotechnology is seen as a major contributor to productivity enhancement in maize, soybean, canola and cotton in countries that are global leaders in production and trade of these commodities. New innovations using gene-editing technologies will further increase the productivity gap between India and other competing countries. It is a right time that India should critically evaluate the biotechnological implications in agriculture, safeguard its farming community by providing them access to cutting-edge technology and strengthen our position in global trade in grains, edible oils and animal feed.

Our public sector research institutions led by ICAR and SAUs have been at the forefront to deploy the benefits of biotechnology and new generation gene-editing technologies to improve crops against biotic and abiotic stresses in agriculture. India also houses very strong and robust private sector enterprises in seeds and biotechnology. Harnessing the complementarity of public and private sector institutions can provide a competitive edge to our country in agriculture and food sectors. However, in the absence of  policy clarity and regulatory uncertainty, advancement in agri-biotechnology has been discouraged, R&D has been shambled and development of biotech product has been stigmatized, and this hinders overall growth in agriculture and food production.

Biospectrum-ABLE survey 2015 on biotechnology industry in India for the first time indicated declerating growth in biotech sector in last couple of decades. Agri-biotechnology is the worst hit by policy dichotomy and regulatory uncertainty resulting in far-reaching repercussions in R&D, investment and inclusiveness. The job prospects for young graduates, post-graduates and Ph.Ds are waning. There is a serious challenge for our young people particularly engaged in academia, R&D and product development in agri-biotech sector.

On the other hand, the field experiments of biotech crops which are an essential component to evaluate the safety, efficacy and agronomic performance of improved crops are in a shambles and discouraged by the states. In the absence of No Objection Certificate from the states, no applicant can undertake field experiments even after receiving permit for field trials of improved crops like chickpea and mustard from the Genetic Engineering Appraisal Committee (GEAC) of the Ministry of Environment, Forests & Climate Change [MOEF&CC], Government of India. The NOC requirement which was introduced in April 2011 makes all permissions of GEAC ineffective and redundant. In the past, respective states were represented on various regulatory committees and contributed to the successful approval of Bt cotton and field trials of many crops. The NOC requirement from the states is not a regressive step, but a condition that is becoming difficult to be met in the absence of regulatory system at the states’ level as biotech is regulated under the EPA Rules 1989.  The granting of NOC has merely become a subject of socio-political process rather than an objective science based process of rigorous evaluation at the states level.

The field trials are mandatory for generating reliable data about the efficacy, safety and agronomic performance of the products. As you know confined field trials (CFTs) are an integral part of agricultural research. Some of the new technologies being tested are on pulses and oilseeds which are essential for national food security and they have been developed under public-private partnership purely by Indian scientists. In the absence of such field based research trials aimed at generating scientific data on new and improved technologies, no decision can be made about the utility and safety of their use by our farmers in our country. The benefits and applicability of such technologies can only be ascertained by trials and hence they need to be taken up expeditiously and encouraged.

Therefore, it is paramount that you may critically look into the growing complexity of policy paralyses, regulatory uncertainty, irregular meeting of GEAC (hardly met in the last few years) and NOC requirement that inhibits the prospects and growth of agriculture and food sector in India.

May I seek your immediate intervention in expediting the process of enabling innovative research in the area of agriculture by either reversing the regulatory system to pre-NOC era, or facilitating the process for granting of NOCs to enable the planting of the field trials to ascertain their safety, efficacy and performance  ─ critical parameters to arrive at a decision for their large-scale planting for the benefits of the farming community.