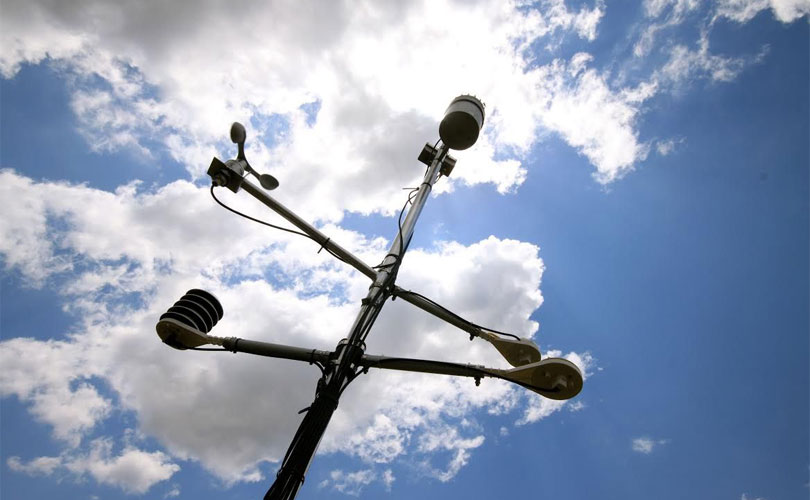 The Syngenta Foundation is planning to introduce Kilimo Salama, a low–cost insurance product, possibly in the coming kharif season, Executive Director Baskar Reddy says. Kilimo Salama protected 185,000 farmers in Africa last year. To begin with it will cover hybrid maize in Maharashtra and hybrid rice seed production in Odisha. Under the scheme, insurers will replace seeds and inputs in case of weather failure. The foundation will tie up with seed suppliers and insurers: Future Generali and Swiss Re, a re-insurance company. In India, the product will obviously not be called Kilimo Salama, which is Swahili for safe agriculture. The distress caused by crop damage due to out of season rains underscores the need for effective crop insurance, reports Vivian Fernandes.

This report is based on a TED talk by Rose Goslinga, who, in association with the Syngenta Foundation for Sustainable Agriculture has pioneered an unconventional way of insuring farmers using satellites and mobile telephony. The talk was delivered in June 2014. (Goslinga, incidentally, is no longer with the foundation).

The year 1984 in Kenya is known as the year of the cup or goro goro which measures two kilograms of maize flour. That year was one of the worst droughts in living memory.  One goro goro can provide three meals to an average family, and in 1984 the whole harvest could be fitted into one such cup.

Rose Goslinga comes from a family of missionaries which built hospitals in Indonesia. Her father set up a psychiatric hospital in Tanzania. In 2008, while working for Rwanda’s agriculture ministry, Goslinga’s  boss was made agriculture minister. She launched an ambitious plan for a green revolution. Seed and tons of fertilizer were imported; farmers were told how to plant and nurture the crops. When a visiting team of the International Monetary Fund appreciated the minister’s efforts but asked what would happen if there was no rain, the minister did not have an answer. That is when she turned to Goslinga. ‘Rose, you’ve always been interested in finance. Go find us some insurance.’

Six years later (in 2014), Kilimo Salama had insured 185,000 farmers in Kenya and Rwanda against drought. Their average holdings are half of an acre. They pay an average premium of two euros (Rs 145) to insure their inputs.

To make micro-insurance viable, Goslinga relies on technology and data instead of costly and frequent farm visits. Satellites provide data about clouds. (If there are no clouds there will not be rain). These go as far back as 1984. There is information for the entire continent. Such deep data can help predict the likelihood of another drought and that helps put a price tag on the risk.  Weather stations, each covering a radius of 15 km relay ground-level information through the mobile telephone network.

Agronomic algorithms tell Goslinga’s team how much rainfall a crop needs and when. Maize needs two days of rain at

African woman with a cellphone at her corn farm. Photo courtesy: www.kilimosalama.wordpress.com

the time of planting. The frequency varies for the seeds to properly germinate, for the leaves to be formed and for the flowers to turn into cobs. Rains at the end can damage the crop; it should not rain at harvest time.

The hardest part was selling the insurance. Everyone said farmers wanted insurance but against the initial target of 500, only 185 farmers signed up. They did not trust the insurance companies or said, ‘I’ve managed for so many years, why would I buy insurance now?’

Trust is very important. For this reason, insurance coverage has been low. Only 4.4 percent of Africans bought it in 2012, half of them in South Africa.

Goslinga found that selling insurance directly to farmers was expensive and not very successful. But she found that many organizations were working with them: seed companies, micro-credit institutions, cell phone companies and government agencies.  Whenever the farmers asked them ‘what will happen if it does not rain,’ they did not have an answer. They just wished it away.

At the start of February 2012, the rains started early in Western Kenya. Farmers took that as a sign that the season was going to be good. So they planted. But for the next three weeks the seeds that had germinated shriveled and died. Goslinga called up one of the micro-credit organizations which had insured 6,000 farmers. She told them Kilimo Salama would pay two lakh euros by end of the season. They said, ‘Wow, that’s great, but that’ll be late. Could you give us the money now? Then these farmers can still replant and can get a harvest this season.’

So Goslinga persuaded her insurance partners and later that April, the farmers replanted. She got  the seed company to price in the cost of insurance into every bag of seed. Every bag had a number which the farmer had to text to Goslinga’s organization. The farmer’s coordinates established, a satellite pixel was assigned to them. The satellite would measure the  rainfall for the next three weeks, and if it did not rain, Kilimo Salama would replace the seed.

One of the first beneficiaries of the replanting guarantee was Bosco Mwinyl. ‘We visited his farm later that August, and I wish I could show you the smile on his face when he showed us his harvest, because it warmed my heart and it made me realize why selling insurance can be a good thing,’Goslinga says.

For here there are no more years of the cup. Instead, she is looking forward to the year of insurance, or the year of the great harvest.

(Rose Goslinga was born and raised in Tanzania. She studied economics in Europe. Upon returning to Africa, she took up a post with the Rwandan Ministry of Agriculture).