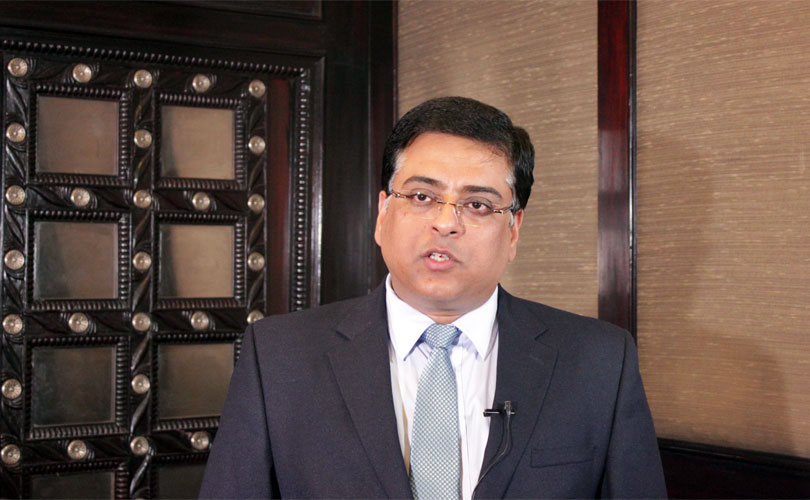 Hyderabad-based DuPont Pioneer is a subsidiary of the Iowa headquartered crop sciences major. It sells corn, rice, cotton, pearl millet, sunflower and mustard hybrids in India. SmartIndianagriculture.com caught up with its country manager, Sharad Khurana at the third maize summit in New Delhi.

Question: Maize hybridization in India is estimated at 65 percent. What is holding back the rest?
Sharad Khurana: In 2003 or 2004, hybridization of corn (maize) was around 35 percent and we used to have only 4.5 million ha under the crop. Prices of corn since then have tripled from around Rs 500 a quintal to Rs 1,300 a quintal.  That has made corn a profitable crop and that is why the hectares grew to almost 9 million ha. And hybridization has moved from mid 30s to mid 60s. For further growth of hybridization, what we need to do is improve farm productivity. Eighty percent of corn-growing districts harvest corn much below the national average. We have to educate those farmers and increase their profitability and once that happens, they will invest more and hybridization will take off.

Are companies falling short in this department?
Companies have their limitations. At Pioneer we have 200, 300, 400 people…We have a three million customer base. We practically cannot reach out to them. We have to find ways and means to educate the farmers so that they learn to grow hybrids correctly.

How do you do that?
We have started an initiative called Pioneer Pravakta. This is about skill development of rural youth. We pick up young farmers in villages and train them. Each one of them is required to train 25 to 30 of their fellow farmers. At this point of time we have 60,000 Pioneer Pravaktas.

What is the incentive for them?
They get an opportunity to engage with company and learn from the company. The biggest need of farmers today is information and if anyone is willing to provide that they are more than willing to come forward and help that company for free. We do not pay them. All our new products we give a sample to them, they try them out and give us a recommendation that this is good to be launched or not good to be launched and we follow their advice. They feel a part of the whole product advancement and launch process.

Why is Punjab not adopting corn in the way it should?
Punjab government has been concerned about depleting water tables and has been asking companies like us to partner with them in diversifying out of rice. For last couple of years we have worked with them and developed new hectares of corn from rice. What we need to do is sit down with experts, and do a profiling of all the blocks that are fit for corn production. Just offering a subsidy on seed will not help. Once we identify the targeted geographies, (craft) a package of practices and develop a mechanism to educate farmers, yields would go up.

US productivity is about ten tonnes per ha. Much of it is transgenic. It that the way forward for India as well?
Not really. The US corn farmer is ahead of the Indian corn farmer by at least 50 years. The first hybrids got offered to US farmers in the early 20s. To India they would have come 25-30 years back. So there is a lot of learning that remains for the Indian farmer to reach those levels. Transgenics are one way to push yield levels up but in India we still have a long way to go. First is hybridization, second is improving farm practices and third is mechanization and bringing down cost of cultivation. Fundamental things like right fertilizer for growing the right crop. There is a long way to go before we reach there.

(Note: (a) The first corn hybrid was introduced in India in 1961 (b) Henry A Wallace offered the first corn hybrids to farmers in Iowa, USA, in 1924. In 1926 he set up Hi-Bred Corn Company, the first hybrid seed firm, which became Pioneer Hi-Bred Corn Company in 1935. In 1933, just one percent of Iowa’s farmland was planted with hybrids. By 1943, almost all of it was hybrid. Wallace became US vice-president under President Franklin Roosevelt in 1940 and helped craft the New Deal. (c) The US began cultivating transgenic corn in 1996. By 2010, 86 percent of it was GM, according to USDA. (d) According to ISAAA, 30 percent of the world’s corn area or 55.2 m ha is GM-modified for insect resistance or herbicide tolerance or both).

Don’t we need to expand the uses of corn in India?
Twenty 20 years back  most of the corn grown in India was consumed by humans. Now it has become a feed. And what I can foresee is corn going into  silage – providing fodder to cattle. In many states – Punjab, Maharashtra, AP – dairy is taking a structure. Dairy owners are moving out of local cattle to high milk yielding cattle and they need to be fed well. Silage is going to be one big requirement.

What about ethanol?
It is also going to come but I do not know how soon. Since we depend on fossil fuels, ethanol is a good option.