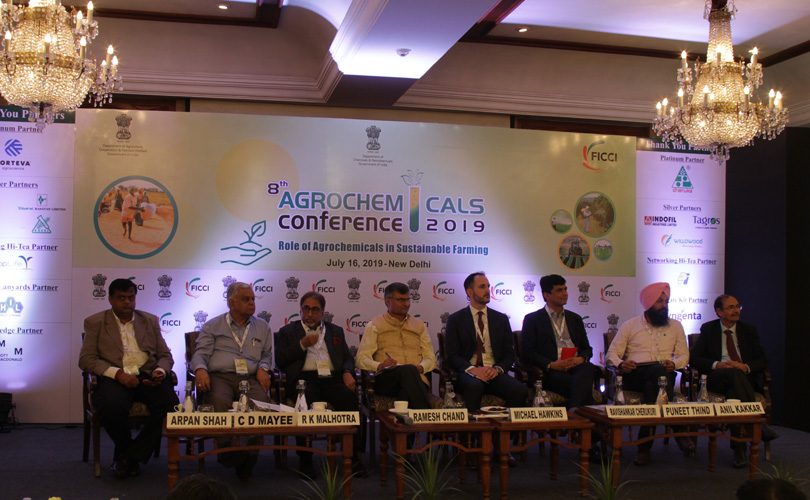 The agr1chemicals industry must not live in denial but take measures to reassure consumers that the food treated with crop protection chemicals is safe, so long as residues are within are within the limit deemed safe, speakers at an industry event in New Delhi said on Tuesday, 16 July.

Agricultural economist and NITI Aayog Member Ramesh Chand admitted that crop protection chemicals have played a role in making India food secure. But surpluses have created a problem of plenty and have made people finicky.  Since there is enough for those who can afford it (and most can), there is a demand for quality and safety. The public perception that all chemicals in any dosage are bad is quite strong, even though Assam which uses a lesser quantity of agrichemicals has a higher incidence of cancer than Punjab. (According to a study published in The Lancet Assam has 68.7 persons suffering from cancer per one lakh population compared to 58 in Punjab. Arunachal Pradesh and Kerala have higher incidences than Assam. This may be due to lifestyles). 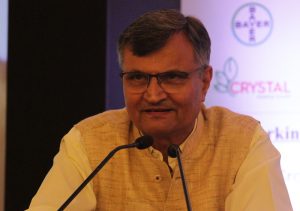 Making people understand that residue-free food is safe is not just a task for the government; the industry must also take up the initiative to change the perception. Farmers must be educated in safe use of agrichemicals and adherence to maximum residue limits by not only spraying judiciously but also sticking to the prescribed time limits between spraying and harvesting. The industry should see whether it can crack down legally on wrong-doers, Chand said.

“We must be part of the conversation,” said Rajan Gajaria, an executive vice president at Corteva Agriscience, which houses the merged businesses of Dow, Dupont and Pioneer. There is misinformation being spread about chemicals, which industry must try and check. But sub-par chemicals are also being sold, he said.

Educating all the 12 crore farmers would be difficult. The agrichemicals industry must see itself not as a seller of products but a provider of pest and disease control solutions. With the fertility rate declining and food production growing faster, meeting the food needs of the country in the short to medium term will not be difficult, Chand said. This is an opportunity for the industry to reorient itself. “Food safety doesn’t mean no use of chemicals but sticking to prescribed limits.”

For Gajaria innovation was the key to sustainable agriculture. He spoke of Rinskor, a herbicide that Corteva Agriscience will introduce in India for controlling weeds in rice paddies. Just 10 grams of it, equal to the weight of two five rupee coins, is enough for one hectare, he said. Agrichemical companies would have to use seeds, breeding technology and big data analysis – convergent technologies – to be relevant to farmers, he said.

In the context of sustainability, Chand referred to a chemical spray developed by a Japanese company which could make plants drought resistant and salinity tolerant. From protecting crops to making them resilient  – sustainability is opening up new opportunities in agriculture.