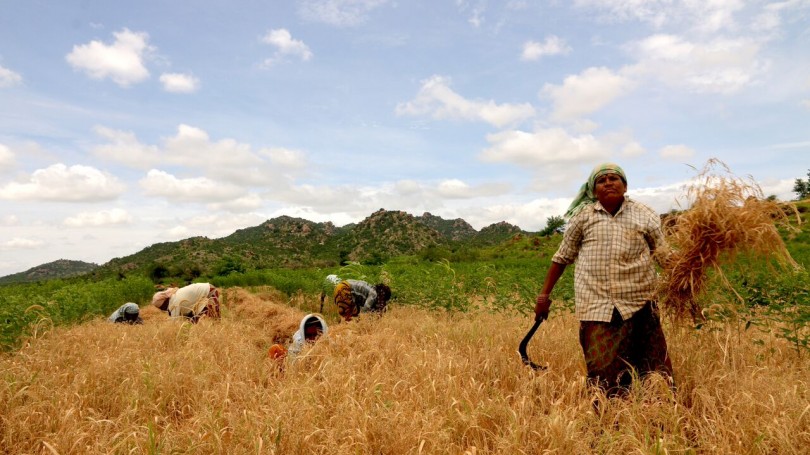 In response to our article on millets being smart foods of the 21st century, Arun Kaulige of Bangalore Millet Store has written in to say that there are naked grain and husked grain millets. Finger millet (ragi), sorghum (jowar) and pearl millet (bajra) belong to the first category. These only need to be cleaned before being cooked. The husked ones are foxtail millet, little millet, kodo millet, proso millet, browntop millet and barnyard millet. In these the indigestible husk, like that of paddy, needs to be removed before consumption. Once husked these are called millet rices, like foxtail millet rice or navane akki in Kannada.

Millets were traditionally stored as whole grain and hand pound for consumption. But some

of the husk would remain. That makes them unsuitable to modern palates. Kaulige has a dehusking plant in Anantpur in Andhra Pradesh, where the husk is removed but the nutritious bran is left intact. Once dehusked, millet rice does not keep for more than 4-5 months because the oils in them turn rancid. Summer heat quickens this process.  They also get infested with weevils but these can be got rid of by keeping the gain in shaded sun light for a while.

Nowadays polished millet rice is being increasingly sold. These look bleached. Unpolished is more nutritious as the bran contains healthy oils and micronutrients Retaining the bran while de-husking is a precision process. Polishing, of course, increases the shelf life.

Kaulige says his restaurant at Brigade Road in Bengaluru serves a lunch of millets. From about 50 plates a day six months ago, demand has risen to about 400 plates a day, he says. He is planning on expanding with a low-investment quick service restaurant model so that entrepreneurs with small budgets can join the millet movement. A middle and upper middle class clientele patronises his stores. They buy millet rava (semolina), flour and mixes for kichdi and bisibelebath. About 30 percent of the customers return. They also make recommendations to friends and acquaintances.  Kaulige sells about five tonnes a month directly and indirectly. The target is 30 tonnes a month in the next two years.