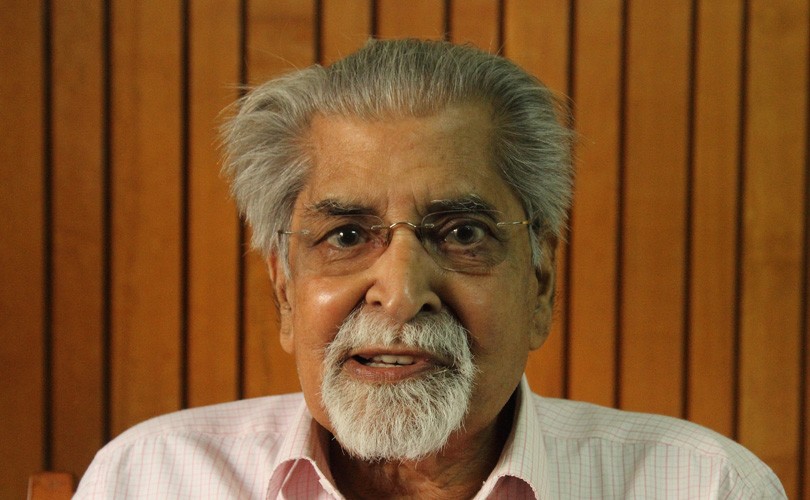 After retiring as chairman of the department of botany at Bangalore University, Chavali Kameswara Rao set up the Foundation for Biotechnology Awareness and Education in 2001. The immediate provocation, he says, was the bad name being given to biotechnology by NGOs who said multinational corporations were taking over agricultural systems of poor countries and enslaving farmers with killer ‘terminator’ genes. Rao serves on national and international biotechnology policy committees. Here is an interview with him on GM mustard, which has been developed by a team of Delhi University scientists led by geneticist Deepak Pental. Rao is one of the few persons who has accessed the full bio-safety dossier which was placed in the Ministry of Environment and Forests for public comments.

Activists are not satisfied with a 130-page summary of the bio-safety assessment report of GM mustard placed in the public domain for comments (till October 5). They want the entire 3,000+ page dossier published. Is this how it happens in countries like Canada, Australia, Brazil and the United States?

The dossier contains a lot of confidential technical and business information.  It affects the intellectual and financial interests of several parties if the dossiers are placed in the public domain.  When and if the dossiers are placed for public viewing in western countries, a lot of information is masked. I have seen dossiers with endless number of pages with black lines.  It is unnecessary to place the whole dossier for public viewing as there is hardly anyone in the public who would understand the significance of the technical issues addressed.  This applies even to scientists who are specialists only in certain limited number of areas.  The synopsis made available by the ministry is an excellent summary of the dossier and is more than adequate for anyone to come to conclusions.

Anti-GMO activist Vandana Shiva said at a public event that no feeding trials have been conducted on India’s GM mustard, because Canada, which has commercialized GM canola, does not require such trials. She says that is because canola is used in Canada as fuel to run vehicles and not as cooking oil or as animal feed (oil meal).

This is a misleading political argument.  Canola seed and oil are used as food and feed in many countries.  When they say ‘feeding trials are not done’, they mean human feeding trials, which cannot be done unless and until the product is approved as food and feed, which cannot happen until all the biosafety testing is completed on laboratory animal models.  The 90-day rodent feeding tests are an international norm which actually is equivalent to testing for nearly 25 years on human beings.  The toxicological and allergy testing done on genetically-engineered (GE) mustard by the National Institute for Nutrition, Hyderabad, is perfectly satisfactory and nothing more is needed.  Any additional testing means more of the same and waste of time and money.

Do you think honeybees will be affected by GM mustard. Have they been affected in Canada or Australia?

Neither this study nor anything in 20 years of experience with the barnase-barstar system in canola, indicate any harm to honey bees or the safety of honey produced from foraging GE mustard flowers, to consumers.

Activists make an issue about (herbicide) glufosinate tolerance. It is true that the bar gene  (which confers tolerance to the herbicide) has been inserted to aid the selection of GM mustard hybrids from those that are not. But is herbicide tolerance in itself a bad thing? How harmful is glufosinate to beneficial micro-organisms and insects? Do countries that disallow cultivation of GM crops allow use of glufosinate?

Herbicide-tolerant crops have immense benefits and certainly they cannot be labeled as products of bad technology. Glufosinate-tolerant crops have not been shown to affect animals or humans in any manner.  It is not banned in any country and no official exposure limits are set for glufosinate anywhere.

The allegation that bar gene used in the development of DMH-11 is intended for promoting herbicide business is untrue as it is needed only at the seed production stage and not at the farmer’s cultivation level.  Herbicides are also used in the development of mustard hybrids via cytoplasmic male sterility.  In the past, activists have objected to the use of antibiotic-resistance marker genes.  Now they object to the herbicide-tolerant bar gene.  They would find some misinterpreted issue to block technology any time.  Who the hell are they to dictate experimental protocols to be used?

Activists allege that Pental’s GM mustard is actually Bayer’s and the Delhi University team is fronting for the multinational. What can you tell us about patents on GM mustard/rapeseed?.

The public sector product developers of the Delhi University hold the following patents around this GE mustard: 1. Regulation of lethal gene expression in plants. US patent number US 6,833,494 (2004), 2. Method of producing insulator construct. Indian Patent Nu: 199542 (2006) and 3. An insulator construct for controlling the leaky expression of a lethal gene. Indian Patent No:2444002 (2010).

Bayer holds the patent for the bar gene which they got through mergers of companies. (The developers of DMH-11 say that bar gene technology has gone off patent -editor).  Since the bar gene is used only by the developer and as it is not an issue at the farmer level, it does not matter who holds a patent.  The developer would pay a small amount as royalties.  Besides, many patents are now time barred and so the patent rights do not hold.  Many foreign patents are not valid in India.  Glufosinate is sold by Bayer under the brand names Basta, Buster and Liberty.  It is also sold by other companies by the brand names Rely 280, Finale, Ignite, etc.  When a farmer  buys glufosinate under any brand name he is paying for it and that cost includes royalty for the herbicide.  If the farmer is using glufosinate to control weeds he would has to pay for it like for any other chemical input of fertilizer, pesticide or herbicide.  This does not make Bayer richer at the expense of the poor farmer.

One of the activists, Aruna Rodrigues, who has also moved India’s Supreme Court against release of GM mustard, says there are non-GM methods for achieving male sterility. How effective is cytoplasmic male sterility?

Technologies and protocols are the choice of the scientist teams involved in the development of products.  Even if it is conceded that scientists can advice, Aruna Rodrigues (or Vandana Shiva or Kavitha Kuruganti) is not a scientist to comment on the appropriateness of technologies.  There are varieties of mustard which are naturally male sterile and some male sterile varieties were developed using cytoplasmic male sterility genes.  These have not done any good in decades to develop fully-functional mustard  hybrids.  The genetic purity of hybrids produced by barnase-barstar technology is 100 percent.

Bihar’s chief minister NItish Kumar has written to Prime Minister Modi to ‘over-rule instantaneously’ the GEAC sub-committee’s positive comments about GM mustard. He says GM technology has failed and cites pink bollworm resistance to Bt cotton in India as an example. Have bollworms developed resistance to Bt cotton in say, the United States? How acute is the problem there? How can India fight nascent resistance that has emerged in some cotton growing areas?

Nitish Kumar played a political game and succeeded in making (then environment minister) Jairam Ramesh impose the requirement of No Objection Certificates from the States for field trials of GE crops which has caused very serious damage for agricultural development in the country and put us back by a decade.  Both GEAC and some state governments had opined that states have no locus standi in the issue and that the decision of the union government is binding.  States may not allow cultivation of a particular crop in their state but cannot object to its development in the country.

The problems with Bt cotton now faced are issues of bad management and not bad science and technology.  Pink bollworm is not a target of Bt cotton technology with the Cry 1Ac gene, although some control of it was effected.  Development of resistance by pests either to chemical or genetical strategies is always expected.  This is the reason for insisting on a refugium (planting non-Bt cotton for bollworms to feed on so that they do not develop resistance – editor) and developing gene-stacked varieties (two or three genes in the same variety) like Bollgard II.  Those who are responsible to overseeing planting of refugium (government and seed companies – editor) failed in their duties and technology takes the blame.  Even after all the hue and cry the quantum of resistance to the single-gene Bollgard I cotton is not extensive.  Bollgard II is certainly more effective.  There are procedures for integrated pest management which should be implemented to slow down development of resistance to Bt genes. No scientist suggests that no resistance will ever develop, but only that it can be minimized and controlled.

The issue with DMH-11 is not yield enhancement, which is incidental to the hybrid technology that brings in the best from both the parents (hybrid vigour).

Australia imposed a moratorium on GE canola during 2003-08 and suffered heavy losses in terms of increased consumption of diesel (8.7 million litres), environmental impact of application of pesticides (14 percent more), 24 million kg of additional green house gases and farmers’ income loss of over A$485 million (Science, Sept. 26, 2016), and so rescinded the ban. In some years to come India’s gains from commercializing GE mustard should be of a similar magnitude on the positive side, depending upon the scale of its cultivation.