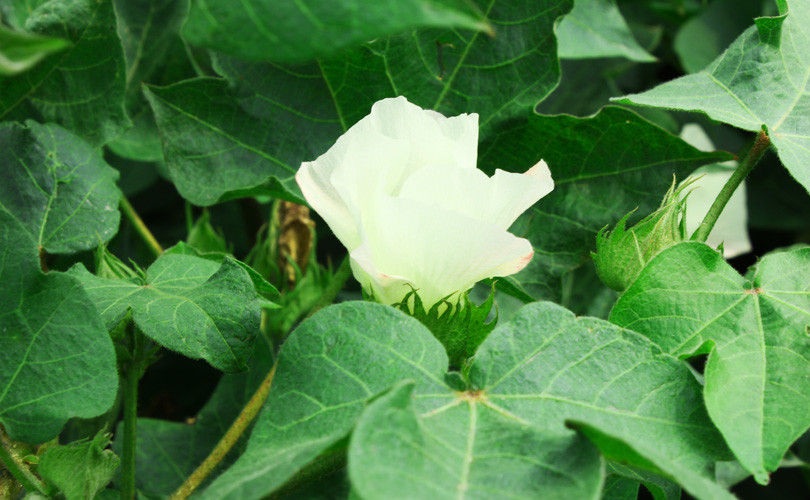 Eight Bt cotton technology licensees of Mahyco-Monsanto Biotech Limited have stopped paying royalties citing reduction in prices of Bt cotton by state governments. The Telangana government had issued an order regulating the royalty or ‘trait value,’ which has been stayed. Both Mahyco-Monsanto Biotech and the seed companies have moved court. Delhi-based lawyer, Prashant Reddy, says it will be a test case for intellectual property (IP) and technology transfer in the Indian agricultural sector. Reddy holds law degrees from National Law School of India University and Stanford Law School. He does not consult to Monsanto. This article has been reproduced with his permission and that of the editor of SpicyIP, which specializes in IP news and commentary, where it was first published.

There is a storm brewing over foreign intellectual property rights in India and, for once, it doesn’t involve pharmaceutical patents. This time, Monsanto’s ‘seeds’ or more precisely Monsanto’s Bt gene technology which makes selected seeds resistant to certain pests. For several years now, Monsanto and the Indian seed companies who licence technology from them have had to battle price control legislations by both the Central Government and the State Governments. This year, however, has witnessed a new twist. Not only are the State Governments attempting to regulate IP licensing fees, the Indian seed companies who are licensing technology from Monsanto have refused to pay royalties as per the existing royalty agreement with Monsanto on the grounds that they are facing a squeeze resulting from the further lowering of prices under price control legislation. In their attack on Monsanto, the domestic seed companies have liberally dropped the C-word: compulsory licensing, while the State Governments have liberally used the P-word: price control.

Monsanto’s Bt gene technology, which is at the heart of this dispute, is basically a gene modification technology. It ensures the resistance of the cotton seeds against the bollworm, a pest that has often decimated the cotton crop in India. Bt stands for Bacillus thurgingiensis, a bacteria commonly found in the soil, which was known to have insecticidal properties. When the relevant genes of this bacteria, with the anti-insect properties, are “introgressed” into species like cotton, the resultant crop is immune to certain kinds of pests. “Introgression” basically means the movement of a gene from one species to another. In this case, the relevant Bt gene is inserted into the different varieties of cotton seeds bred by domestic seed companies. The different varieties of seeds are protectable in themselves. In the case of Monsanto’s Bt gene technology, cotton crops carrying the Bt gene as modified by Monsanto are immune from the bollworm, an infamous pest which has in the past destroyed large portions of the standing cotton crop. The seed that finally reaches the farmer will therefore consist of IP belonging to Monsanto and the Indian seed company. As per some accounts at least forty nine seed companies licence Monsanto’s Bt technology and cumulatively these companies have introduced several different varieties of cotton seed incorporating this Bt technology.

As of today, there is reportedly no patent on the first generation of Bt technology, called Bollguard I, developed by Monsanto. However, since Indian pests have reportedly developed resistance to this technology, Monsanto released a second generation Boll Guard II technology, which is protected under an Indian patent.

Cotton seeds and price control – The origins of the current dispute

Since the price of cotton seeds has a direct impact on farmers, the issue of pricing has attracted political attention for more than a decade. Normally, states have controlled prices of essential commodities under the powers delegated to them by the Central Government under the Essential Commodities Act, 1955. In the case of cotton however, the main cotton growing states like Gujarat, Maharashtra and Andhra Pradesh have enacted state-wise legislation to regulate cotton seed prices. These legislations gave the power to the State Governments to regulate the Maximum Selling Price (MSP) of cotton seeds sold by domestic seed companies. The National Seed Association of India (NSAI) which primarily represents Indian seed companies has challenged these state legislations in all three states. While the Gujarat High Court struck down the state legislation on the grounds of repugnancy since it conflicts with central legislation, the Bombay High Court upheld similar state legislation enacted in Maharashtra. Appeals against both orders are pending before the Supreme Court.

Since Monsanto is not in the business of directly selling seeds but is rather a technology provider to seed companies, its royalties weren’t directly regulated by these state legislation. This changed recently in May, when the newly formed State of Telangana issued a government order which has since been stayed, regulating even the “trait value” paid by seed companies to Monsanto for the Bt technology. From what I understand, the “trait value” paid by seed companies, is basically the licensing fees paid by seed companies to Monsanto for using its patented BG-II technology along with the associated ‘know-how’ and ‘trade secrets’. This is perhaps the first time that a state government has waddled into the messy issue of regulating prices of patented technologies. This move by Telangana has obviously triggered litigation, with Monsanto challenging the move to fix ‘trait value’.

The second aspect to this story is the litigation between domestic seed companies and Monsanto. This dispute is linked to the price control legislation. As per SEBI filings earlier this year, by Nuziveedu (one of the largest seed companies), the minimum ‘trait fee’ payable to Monsanto was Rs. 163.28 per unit. The company explains that the ‘trait fee’ can however increase if there is an increase in MSP of the final seed packets. From my understanding, cotton seed prices have only reduced in the last 10 years and have almost never increased. Earlier this year Maharashtra forced seed companies to further reduce the price of cotton seeds. When seed companies asked Monsanto to reduce the “trait value”, it refused to do so citing the existing contractual terms mandating a minimum price. In response, eight of the biggest domestic seed companies refused to pay Monsanto royalties owed to it. In response, Monsanto has initiated arbitration proceedings against the eight Indian seed companies. According to media reports, these domestic companies have got a legal opinion from retired Supreme Court Justice B N Srikrishna, advising them to have the government refer the matter to the Competition Commission on the grounds that Monsanto is abusing its dominant position. He also advised them that the government could regulate “trait fees” by using compulsory license provisions under the Patents Act, 1970.

Can ‘trait value’ be regulated under state legislation or the Competition Act or the Patents Act?

The first interesting legal issue in these disputes is whether State Governments can legitimately regulate the technology fees set in private contracts. In this particular case, the State Government of Telangana had issued a G.O.regulating the “trait fee” under Section 11 of A.P. Cotton Seeds (Regulation of Supply, Distribution, Sale and Fixation of Sale Price) Act, 2007. The G.O. has reportedly already been stayed. Prima facie the G.O. seems completely illegal because Section 11 gives the State Government the power to fix the maximum sale price of cotton seed by taking into account various factors including “trait value”. This provision does not give the power to the State to fix the price of the “trait value”. Thus, on a simple reading of Section 11 it is clear as crystal that the G.O. fixing the “trait value” is illegal.

The second interesting legal issue is the recommendation by Justice Srikrishna to have the matter referred to the Competition Commission for “suitable corrective action”. The ET report that disclosed Justice Srikrishna’s opinion doesn’t give too many details about his line of argument. As far as I remember, the only cases of IP/abuse of dominant position being investigated by the CCI are the Ericsson case involving Standard Essential Patents (SEP) and the T-Series case involving minimum guarantee payments regardless of the amount of music being played by radio broadcasters. In both cases the downstream users of the IP- mobile phone manufacturers in the case of Ericsson and radio stations in the case of T-Series- did not have a choice in terms of alternative technology. In the case of Ericsson, mobile phones could not be manufactured without SEPs because these patents covered the essential standards followed by manufacturers worldwide; in the case of radio stations, they could not operate without access to T-series repertoire because T-Series was the market leader. In order to get a similar inquiry started by the CCI against Monsanto, it will be necessary for these domestic companies to establish that Monsanto’s dominant position in the market has been the result of a complete stranglehold over all insect resistant GM and non-GM technology (not just Bt technology) and that it would be impossible for any competitors to enter the market to compete with it. Prima facie it would be difficult to prove this because it is theoretically possible for other GM and non-GM cotton seeds to be invented and commercialized. The reason perhaps that nobody else is doing it is because of the high regulatory risks associated with the GMO trade you never know when a ban will be slapped against GMOs. In any case, this is a factual issue that requires a more detailed examination.

The third issue is with regard to the ‘C’ word – compulsory licensing. The ET has quoted Justice Srikrishna as saying that the government could issue compulsory licence in circumstances like national emergency when it finds that the patentee was abusing its patent rights and was unreasonably restraining trade. While S. 87 of the Patents Act does allow the Central Government to issue compulsory licences in the case of a national emergency, I doubt whether the profits of the domestic seed companies are likely to qualify as a national emergency and there appears to be little evidence to suggest that the cotton farmers are facing any national emergency in terms of the price of the cotton seeds. Let’s not forget that even when the Health Ministry wanted to invoke Section 87 for cancer patents, the proposal never went through, presumably because of opposition from the DIPP, which is the department that takes the call on patent related issued within the Central Government. Most importantly, this government is unlikely to issue such a licence in the current political scenario, where India is already facing the heat for supposedly lax patent laws.

The ET report also mentions that Justice Srikrishna has said that the government can fix the trait value payable to Monsanto. However, the report is vague. It says “Citing the provisions of the Patents Act 1970 pertaining to price fixation methods, he said the government was entitled to “fix trait value that may be payable to MMBL while fixing the prices of cotton seeds”. I’m not quite clear on what exactly are the “price fixation” methods under the Patents Act, 1970. There is Section 84 which deals with fixation of royalty rates in case of compulsory licensing but to trigger Section 84 it is first necessary for the domestic seed companies to file a compulsory licensing application and establish that the reasonable requirements of the public are not being satisfied or that the price of the patented article is too high. Given Monsanto’s business model of licensing its Bt technology to approximately 49 different companies, of which only the biggest 8 are protesting, I think it would be safe to assume that the domestic seed companies would have an uphill battle.

Either way, this is going to be a test case for IP and technology transfer in the Indian agricultural sector.

(Top photo: Not as white as it looks: Bt cotton blossom at Monsanto’s experimental farm in Aurangabad. Photo by Vivian Fernandes on 17 September).

Click here for related story on this website. It is as interview with the CEO of Monsanto India.