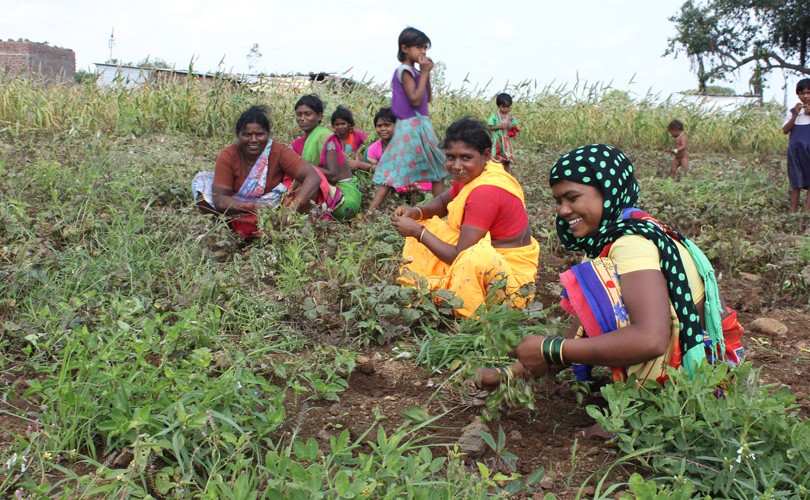 As floods ravage eastern and northern India, agriculture in 115 districts across 15 states is “highly vulnerable” to climate change, according to a May 2016 study published Current Science of the Indian Academy of Science.

The first to analyse 38 meteorological, agricultural and social data across all of India’s 572 rural districts, the study creates a climate vulnerability index for agriculture, divided into five categories of vulnerability: very high, high, moderate, low and very low.

The vulnerability index has been used by the Indian Council of Agricultural Research to demonstrate climate-resilient agricultural practices in 121 of either ‘very high’ or ‘high’ vulnerability districts, Alok K Sikka, coauthor of the study and India representative  of the International Water Management Institute, Delhi, told IndiaSpend, a data journalism portal.

Most of the ‘very highly vulnerable’ districts are in India’s western and peninsular regions. Rajasthan has 25 ‘highly vulnerable’ districts, the most in this category nationwide. Parts of Gujarat, Madhya Pradesh, Karnataka, Maharashtra, Andhra Pradesh, Tamil Nadu, eastern Uttar Pradesh and Bihar also exhibit ‘very high’ and ‘high’ vulnerability, the study said.
The least vulnerable are districts in northern Andhra Pradesh, north-eastern states and along the west coast. Assam has the highest number of districts, 13, of ‘very low vulnerability’.

The study’s 38 indicators are subdivided into three categories–sensitivity, exposure and adaptive capacity. Some of the indicators that define sensitivity include degraded land, annual rainfall, and vulnerability to cyclones or drought. Exposure is defined by indicators such as maximum and minimum temperature, heat-wave or cold-wave frequency and dry spells. Adaptation indicators include workforce engaged in agriculture, its literacy, the gender gap, rural electrification, access to paved roads and so on.